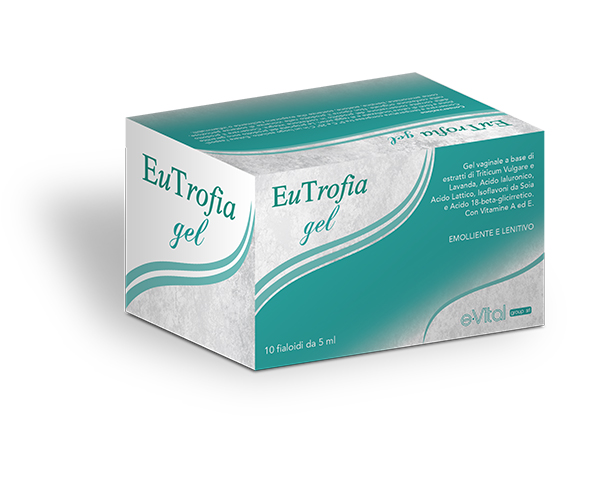 Hyaluronic acid is a polysaccharide normally present in the extracellular matrix, produced by fibroblasts during the proliferative phase of the tissue repair process, able to exert a chemotactic and mitotic effect against other fibroblasts and epithelial cells that promote thickening of the epithelium. Its voluminous polymer structure promotes it an extraordinary conveyor of water molecules that are released locally. In fact, the moisturizing effect is the main mechanism of action of hyaluronic acid. It also presents an antalgic action, both through the high steric hindrance of these molecules that mask the nociceptive receptors, and as an agonist of the dinorphinreceptors. The pharmacological profile of hyaluronic acid is characterized by high safety and multiple biological actions, such as moisturizing, analgesic and anti-inflammatory action. In the gynecological field, the first indication is the treatment of vulvovaginal atrophy. Actually, hyaluronic acid has a safety profile greater than estrogen ones, due to its wide applicability and the absence of side effects. Randomized non-inferiority clinical studies have shown that both local estrogens and hyaluronic acid are able to improve the symptoms associated with vulvovaginal atrophy. Both approaches have demonstrated rapidity of action (effective already after the third administration) and increased response to increasing treatment duration. Hyaluronic acid has characteristics of biocompatibility, harmlessness and efficacy that make it a perfect first choice in all cases of vaginal atrophy in which the woman cannot or does not want to use estrogen locally. It also has documented synergistic effects in case of simultaneous local estrogen therapy, in particular enhancing the hydration and elasticity of the vaginal epithelium and urothelium, thus being a further factor of defense and repair of very vulnerable mucous membranes especially in postmenopausal.

EuTrofia gel is ideal for alleviating the feeling of dryness and vulvovaginal irritation caused by the decrease in the elasticity of the genital area in all stages of a woman's sexual life, by favoring the right hydrolipid balance of the mucosa, carrying out an emollient and soothing action without altering the natural microbial flora and without any risk of toxicity, neither immediate nor delayed.

EuTrofia gel is particularly indicated for the prevention and treatment of menopausal genitourinary dystrophy.

The vulvo-vaginal atrophy (VulvoVaginal Atrophy, VVA), that is the involution of the architecture of the vaginal and vulvar tissues, due to the lack of sex hormones (estrogen and testosterone) after menopause, is the main cause of dryness for the woman ; the clinical picture also involves the bladder and the urethra therefore we speak of genitourinary syndrome of the menopause (Genitourinary Syndrome of the Menopause, GSM). Vaginal dryness is rarely an isolated symptom: the thinned vaginal mucosa, in fact, easily meets spontaneous microabrasions with an increased risk of infections; at the urethral level the mucosa becomes thinner and undergoes incontinence, becomes more easily inflamed after the sexual relations with consequent urinary burning up to the manifestation of cystitis due to the increased vulnerability to pathogenic biofilms, especially from Escherichia Coli, extracellular in vagina and intracellular in the urothelium. To prevent or treat dryness and vaginal atrophy, local hormone therapy can be indicated especially with the occurrence of menopause; however, for women who cannot use estrogen (operated for breast, ovarian or uterine cancer), vaginal hyaluronic acid can be used, it has a reparative and antioxidant action. Hyaluronic acid is an essential component of the tissues, as well as of the film of glucosaminoglycans in which the vaginal lactobacilli live and helps to improve not only the lubrication but also the natural reconstitution of the vaginal habitat, assisting also in the case of therapy for bacterial vaginosis. EuTrofia gel creates a protective film for the mucous membranes able to counteract vaginal dryness and to facilitate the restoration of vaginal tissue tropism and the normal physiological functions of the vaginal mucosa, giving hydration, elasticity and vaginal comfort. EuTrofia gel also finds effective application in facilitating the epithelial repair process after treatment of benign gynecological lesions. 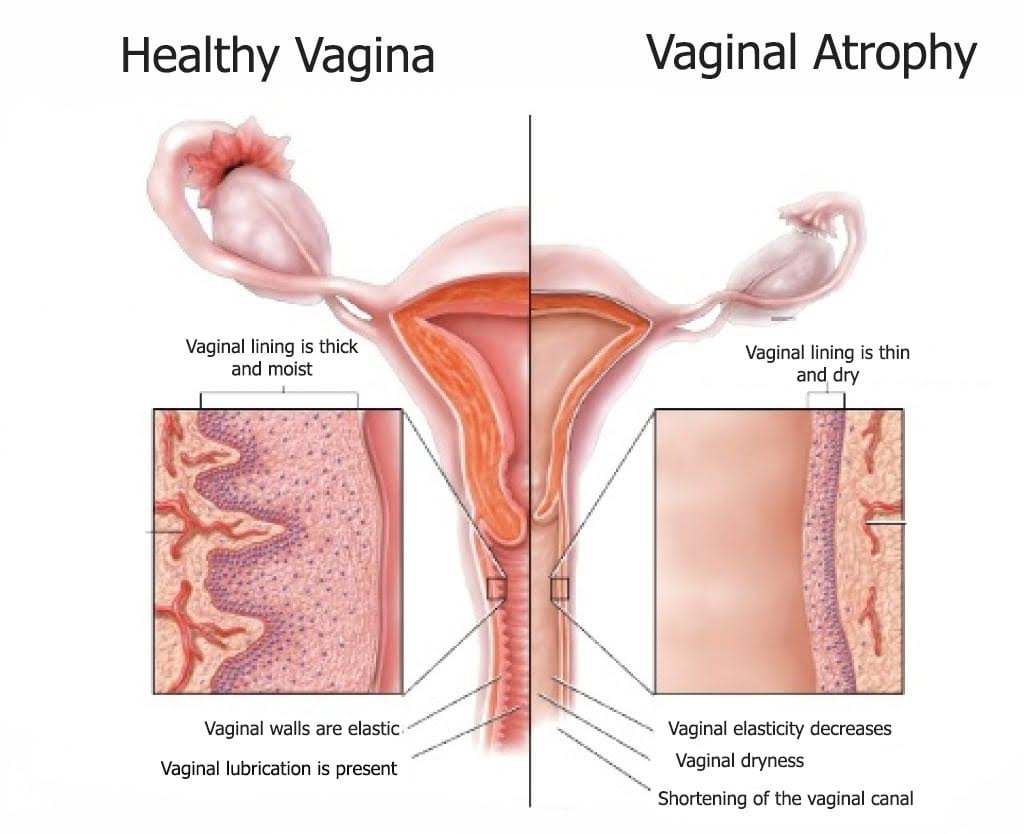 Vaginal atrophy depends on estrogen deficiency (typical of post-menopause), which leads to changes in the epithelium of the vaginal, vulvar and bladder mucosa. The vaginal mucosa becomes thinner and easily meets spontaneous microabrasions; the urethral mucosa thins and becomes more easily inflammable after intercourse. The vaginal, vulvar and urethral submucosa, normally rich in elastic fibers, of excellent quality collagen and mucopolysaccharides, becomes thinner, loses elastin and the best collagen: the vagina becomes increasingly narrow ("stenotic"), rigid and short, the vulva gets more and more thin and dried, the urethra becomes less efficint in continence. The vulvar and periurethral blood vessels atrophy and this, together with the involution of the nerve fibers that stimulate the corpora cavernosa, is the cause of the progressive loss of sexual sensitivity.